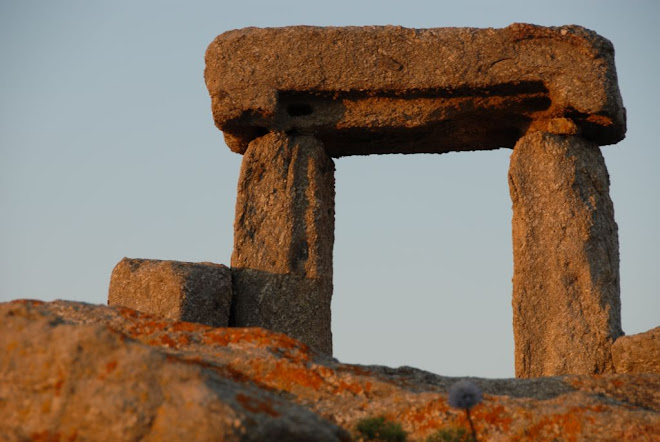 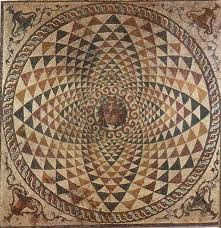 Why chose this rocky island from all the beautiful places of the world? What strange fertility attracted us on this dry Rock that let us breath and meet and mingle?
Around it in the Aegean there are many other more quiet islands no less beautiful than Mykonos. Why all of us who may have travelled to them, enjoyed our holiday there but fell in love with Mykonos?
Why is this place so compatible and addictive to people like us?

It is an interesting question and about it I 'd like to share some historical facts with you. From the beginning, Mythology.
Delos.
Delos appeared in the centre of the cycle of the Cyclades when Apollo's mother, a nymph, metamorphosed into a swan because she needed somewhere to nest to give birth.
Hera the wife was jealous that Leda the swan was pregnant by Zeus and she was chasing her until at last Zeus made Delos rise up (you may know that the name derives from the verb δηλώνω/delono= declare/appear) so the swan gave birth under the palm tree (we still can see the lone Palm tree where the lake was, under the Lions).
She gave birth to twins. Apollo and Artemis whom (to make it easier to non Greeks) we 'll call by her Latin name, Diana.
She is the Goddess of the Hunt and the animals, a virgin, probably a Lesbian, who travelled a lot with her nymphs.
Apollo was a handsome musician, inventor of many musical instruments (lyre, a kind of harp, aulos), protector of Medicine and owner of the Oracle of Delphi because he was the Master of Prophesy.

Before the birth of Apollo though, who is a Sun-God of the civilized world, there was an other musician God, the pagan Dionysos (who is often confused with the priapic Pan). He appears with goat's legs, horns, dark curly hair whereas Apollo has the perfect hairless classical body, golden locks and gentle manners.
This Dionysos, God of drunkenness, was the protector of Mykonos. We know it from the excavation of a Round Mycenaean Burial site  that the island was populated since the  Mythological times and the Mycenaean/ Minoan era when the first written words, the 'linear B'.
Dionysos is followed by a troop of priestesses, the Maenads who roam the country and enjoy orgies with the priapic Selenoi (short, fat, hairy with bowed goat's legs and huge erections).
He is an old primitive God born of the era of human sacrifices, rape and cannibalistic rituals (you may have heard of Homophagia).
His beloved sheep and goats still roam the island as we still have the barley that makes the fields golden in early summer.

Apollo and his Delos birthplace appeared when progress gave birth to a need of a more refined God to match the refined ideals of civilization.
Apollo and Dionysos form the two sides of the same coin.
Do you see  the reappearance of the duality, the number two?
Apollo has a twin in chaste sister Diana and a twin in the drunken vulgar Dionysos as Delos the sacred birth place of Gods had a twin in Mykonos the birth place of humble imperfect humans.
The Gods appeared through the pure birth of the egg, given by a swan-mother whereas humans come to life through the blood and pain of pregnant women whose bodies were never, ever, immortalized in Art by the Greeks.

Until, that is, very late when the strong Athenian Democracy came to need a safe harbor with warehouses, water and money exchange in the middle of the road to it's many colonies in Asia Minor.
Then Delos rose again, from Myth this time to Reality. It became a merchant stop in the middle of the Ancient world and this is the reason you see so many temples offered by different city states and foreign Gods ―You may remember The Naxians' Temple or, also, Tanit the phoenician Goddess, or Isis..

So Delos was a very convenient location in the middle of the Sea. Only, the last thing Athens needed was a new international colony there. So the last thing Apollo would allow was family life with births, sickness, deaths and all the female jobs that come with domesticity.
And thus we have this strange law, that makes Delos offer the highest of civilized life with high tech boats, gold, bonds and money exchange, huge warehouses, a taverna/brothel and temples but no births that would create Delians.
And no deaths. The cemetery was built in Rhenia (where the archaeologist Stavropoulos discovered the 'Vothroi' /Βόθροι).

Hense  to our Mykonos was given the Dionysian lower side of existence, the life of the humble body with the blood, the dirt and the pain.
It is interesting that even at those Hellenistic times Mykonos kept it’s identity and still had a coin with Bearded Dionysos on one side and a grape vine+ barley grain on the other.

The city of Delos that we visit now is Roman. With Christianity Delos disappeared again.
The islanders became Roman citizens, Venetian, Genoan and finally Ottoman in the 15th century.

For almost 1700 years Fate treated Mykonos differently to the neighbor islands. For geographic reasons.
What we love in Mykonos is that it is a dry Rock, on which lie other round rocks like the skulls of the dead Giants after the battle of the Titans  as Mythology has it.
Most of the other Cyclades are not that infertile. You may have noticed that in Paros, Naxos, Andros, for instance, as one leaves the port one goes up a mountain to a higher ground with soil and water and small plains with vegetable gardens.
The Ottoman Pachas and Beys chose to live only where they could enjoy the rich shade of old trees, the running streams and the protected rose gardens of the Persian poetry or the Koran.
So for centuries Mykonos was ignored, paid some tax once a year and that was all.
Apart from the soil and water have you noticed the other difference?
On all the other islands the Chora is built high on a mountain, never on the port. Window shutters are on the inside so that people who see the danger coming from he sea can quickly shut the house, making it look unoccupied.
They were afraid of the Pirates.
Mykonos was not afraid.
Because the Pirates were Mykoniates. And Mykonos was the only occupied Pirates' lair in the Aegean.
The houses on 'Little Venice' at Scarpa were built with a wall in the water and little doors for contraband to enter  without anybody noticing.
Also the port:
The ancient harbour was at Kalafati and there was a smaller at Agio Yanni at the closest distance to Delos.
But that calm south port was abandoned. Instead we have the only shallow north facing port in the Aegean because the pirates did not want a port easily approachable by big official ships.

During those years Apollo was forgotten and the Virgin Mary rose. Apollo had Delos. Panagia has Tenos, the Holy island of our times.
So again, after 15 centuries  Mykonos is the other side of Sacred.
The pious, the Religious, the conservative visit Tenos, the island of God
while in Mykonos rules the Devil, Christianity's version of Dionysos/Pan with his hairy chest, goat's legs  curly hair and the beer belly.

The pirate past makes the native people of Mykonos different.
They do not poke into others' secrets, they have developed a tolerance for the Other which is very rare in small communities and unique in Greece.
We, dear fellow Nomads, among other things, chose to be the Other. We chose to be different.
And here we found a respect for our difference
and a tolerance
(as well as an aesthetically pleasing landscape)
that made us  feel comfortable to create our little Dionysian Paradise,
our own
" eternal Carnival by the Sea" ._____________ 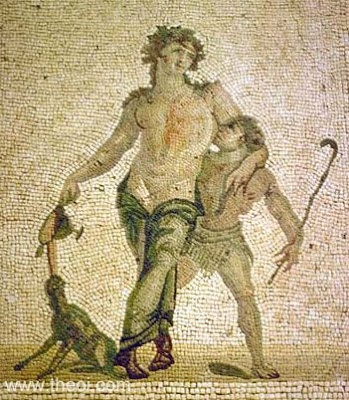 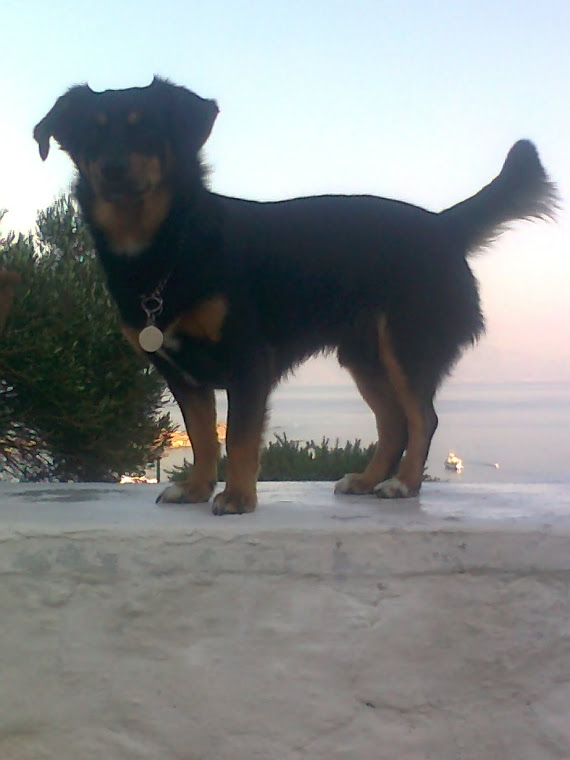